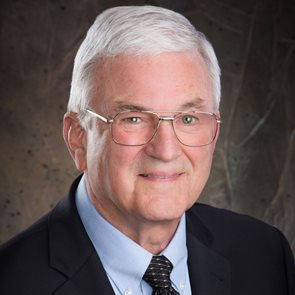 American animal scientist. He was awarded the 2003 Wolf Prize in Agriculture for “discoveries of Interferon tau and other pregnancy-associated proteins, which clarified the biological mystery of signaling between embryo and mother to maintain pregnancy, with profound effects on the efficiency of animal production systems, as well as human health and well-being”.

Fuller Bazer is known for his contributions in the biological mystery of embryo-maternal signaling, that maintain pregnancy and survival of the embryo in livestock species. It was known that chemical communication between embryo and mother was essential for successful pregnancy in mammals. Among his key discoveries, Fuller isolated the uterine protein uteroferrin, a hematopoietic growth factor that influences the survival of
the neonate and may be useful in treating diseases, such as leukemia and osteoporosis. He determined that estrogen in pigs and interferon-t in ruminant species, are the signals for pregnancy maintenance. The ability of interferon-t to suppress transcription of the
estrogen receptor gene, provides a model for potential treatment of estrogen-dependent tumors.