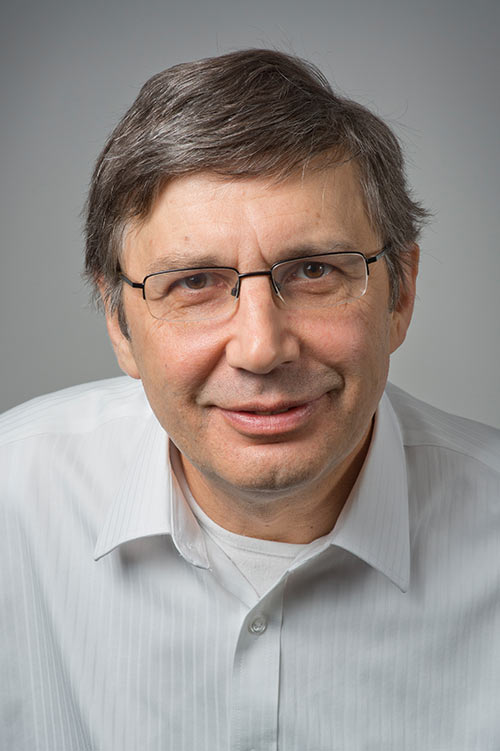 Professor of Physics at the University of Manchester. Geim was awarded the 2010 Nobel Prize in Physics jointly with Konstantin Novoselov "for ground-breaking experiments regarding the two-dimensional material graphene."

1987-1990, Ph.D., Institute of Solid State Physics, Chernogolovka, Russia；Research Scientist at the Institute for Microelectronics Technology, Chernogolovka
1990-1994, Postdoctoral Fellow at the Universities of Nottingham, Bath and Copenhagen
1994-2000, Associate Professor at University of Nijmegen, Netherlands 2001-Present, Professor of Physics at University of Manchester, UK

2010, Nobel Prize in Physics
2011, Member of the Royal Netherlands Academy of Arts and Sciences 2012, Foreign Associate of the US National Academy of Sciences 2013, Copley Medal, the Royal Society

In 2004 Geim, Novoselov, and colleagues succeeded in isolating graphene, a one- atom-thick sheet of carbon found in a hexagonal lattice. Graphene is an extremely good conductor of electricity and may surpass silicon to form the next generation of computer chips. Graphene is also almost totally transparent, so it could be an ideal material for touch screens and solar cells. Thomson-Reuters repeatedly named him among the world’s most active scientists and attributed to him three new research fronts - diamagnetic levitation, gecko tape and graphene.