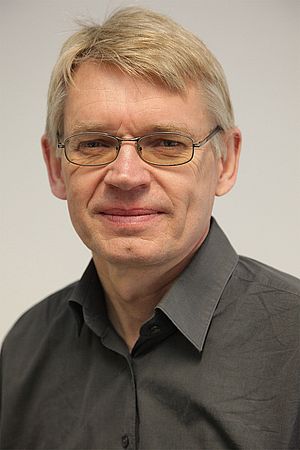 2018 Canada Gairdner International Award
Professor and Head of the Department for Biophysics at the Humboldt University of Berlin, Germany. The world’s leading expert in photobiology. One of the founding fathers of optogenetics. In 2018, he received the Canada Gairdner International Award for “the discovery of light-gated ion channel mechanisms, and for the discovery of optogenetics, a technology that has revolutionized neuroscience.”

Hegemann has characterized behavioural and photoelectric responses of the unicellular alga Chlamydomonas, a work that cumulated in the claim that the photoreceptors for these responses was a rhodopsin that unified the sensor and ion channel in one protein. He finally proved this hypothesis by identifying the light-gated channel channelrhodopsin, and by demonstrating its functionality in animal cells. Of equal importance, his group discovered the fundamental principles of the unique channelrhodopsin proteins in molecular detail by a wide range of genomic, biophysical, electrophysiological, and structural techniques with many mutants in close collaboration with Karl Deisseroth, which led to their deciphering of the unprecedented light-gated ion channel mechanism, including its pore gating by photons and its ion selectivity.This basic work also fundamentally enabled optogenetics. Optogenetics has been successfully employed to enhance our understanding of neural circuit function mediating normal behaviour and of dysfunction underlying neurological and psychiatric disorders.