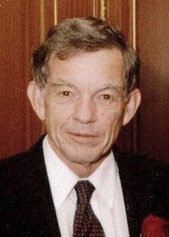 Much of the current understanding of ion channel structure and function can be attributed to the notion proposed by Prof. Armstrong (with Bertil Hille). Armstrong provided the first general description of the K+ ion channel pore: a selectivity filter that can allow the rapid
flow of K+ while excluding the flow of Na+ across the cell membrane; a wide inner vestibule; and a molecular gating element at the cytoplasmic side of the channel that controls the flow of ions through the pore. In addition, Armstrong's studies (with Francisco Bezanilla) that described the first measurement of charge movement associated with the activation of Na+- selective ion channels laid the groundwork for the current understanding of the molecular basis of electrical signalling in nerve and muscle cells. A consistent feature of Armstrong's contributions is the quantitative nature of his work, combined with clear and concise descriptions of the underlying mechanism.