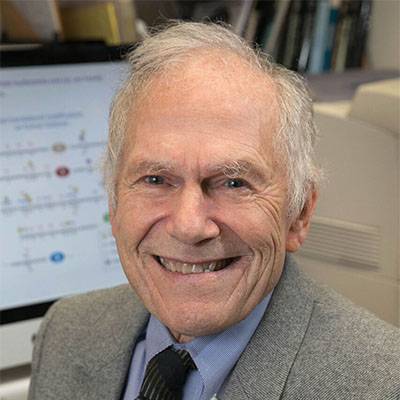 Distinguished Professor Emeritus of Biological Chemistry at the David Geffen School of Medicine at UCLA. His work, which "catapulted the field forward", was recognized in 2018 with the Albert Lasker Award for Basic Medical Research.

1968, Bachelor of Science degree from McGill University in Montreal
1969-1972, PhD from the University of Edinburgh, Scotland
1973-1974, Post-doctoral training at Stanford University where he invented the colony hybridization screening technique for recombinant DNAs in David Hogness' laboratory. Present, UCLA Chemistry professor

Grunstein pioneered the genetic analysis of histones in yeast and showed for the first time that histones are regulators of gene activity in living cells. His laboratory's studies provided inspiration for the eukaryotic histone code and underlie the modern study of epigenetics.