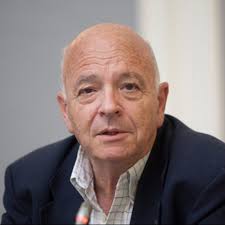 Israeli microbiologist, Former President of the Weizmann Institute of Science. Chet and
Baldur R. Stefansson won the 1998 Wolf Prize in Agriculture for their contributions to the environmentally safe development of world agriculture through innovative approaches in breeding and bio-control.

1992-2001, Vice President for Research and Development, Hebrew University of Jerusalem
2001-2006, President of Weizmann Institute
2007-Present, Chairman of Health & Environment Fund
2010, Deputy Secretary General of Higher Education and Research in the Secretariat, Union for the Mediterranean (UfM)

Prof. Ilan Chet is internationally recognized as a pioneer in the field of biological control of plant pathogens which cause major crop losses. This field is of primary importance in the protection of crops as an alternative to environmental contamination by hazardous pesticides. He has pioneered the application of fungal physiology and the use of
micro-organisms for biological control of plant diseases. His research combines in- depth knowledge of the physiology and the biochemistry of the fungi at the cellular and molecular levels, seeking explanations for pathogenic processes. Professor Chet’s ability to effectively link fundamental and applied aspects of such diverse fields as plant pathology, soil microbiology and biotechnology led to the development of novel biological control agents. Professor Chet has also trained and mentored a new generation of plant biologists and thus contributed to the wide-spread application of new biological approaches in agriculture.